Asparagus, Leek and New Potato Chowder, A Soup for Every Day

I mentioned previously that due to the lack of fridge space (and the complete absence of a freezer), we’re having to shop every few days for food rather than once a fortnight like we’re used to. So the other day I noticed I had a lot of potatoes left over, and decided to buy some leeks so that they could be used up in a Leek and Potato soup. And then, by the time I actually got around to making the soup, the potatoes had gone green (and I’ve read they’re poisonous like that). So I then had some leeks that needed using up… I felt this might go on for some time, but then I saw a recipe in a great book called ‘A Soup for Every Day’ by the New Covent Garden Food Co for Asparagus, Leek and New Potato Chowder. You can buy this here and it’s currently a fiver on Amazon. I had all the ingredients apart from asparagus which I picked up for the purpose. However, I only picked up 100g and the recipe (I realised after the fact) needs 500g. But I have to say, this recipe was brilliant and I didn’t really feel that more asparagus would’ve added much. One thing I will say, though, is that the recipe says it serves 4 and I found this only yielded 2 decent portions.

I had expected this soup to be tasty but I was so surprised how deep the flavours were for something made in about half an hour. Really, really full of flavour, and if I’d have been served this in a restaurant I would have been really pleased!

Melt the butter in a saucepan, add the leek, then cook for 5 mins until soft.

Add the potatoes and stock, and then bring to the boil. Cover, then simmer gently for 15 mins until the potatoes are almost tender.

Remove one-third of the soup and blend until smooth.

Return the blended soup to the pan, stir in the cream and parsley, then season to taste. Reheat gently for 3 minutes and serve. 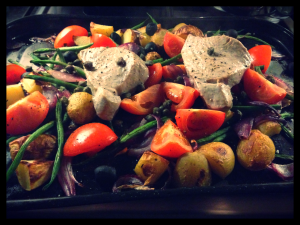 Another day, another Weight Watchers meal to try. I’m actually really enjoying researching suitable recipes to eat on this diet that don’t compromise on flavour. I’d like to think that any of the recipes I try would be ones I’d be happy trying even if I wasn’t point counting. And my Pinterest boards can really testify to the amount of research I’ve done. A particular highlight being the revelation that making no sugar jelly and adding loads of fruit is a 0 point dessert! And I love jelly – I’m a child of the 80s after all.

So the latest recipe I wanted to try was Baked Tuna Nicoise. I am a big fan of fresh tuna, and this recipe also included potatoes which I’ve been craving! Total Pro Points per person – 8. The recipe is really straight forward and all done using one pan, which saves on the washing up too. The flavours are obviously a classic combination and they still work really well together in a baked dish. I actually thought the red onions were the star of the show here – they went really soft and seemed to soak up all the lemon and caper flavours. Definitely a winner.

Put the potatoes in a roasting tray and spray with the cooking spray, tossing to coat. Transfer to the oven and bake for 20 mins.

Add the red onion and green beans to the potatoes, stir well and bake for another 1o mins. Remove the pan from the oven.

Stir the potato mixture and add the olives and tomatoes. Arrange the tuna steaks on top. Sprinkle over the lemon juice and capers and then season.

Return to the oven and bake for 8-10 minutes. Serve, scattered with plenty of chopped parsley. 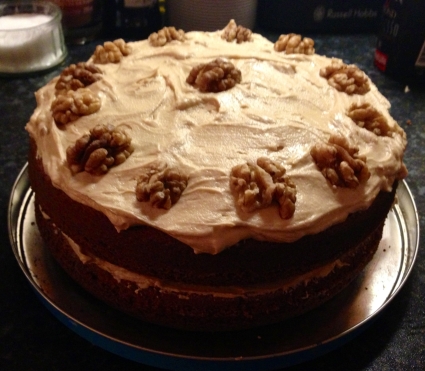 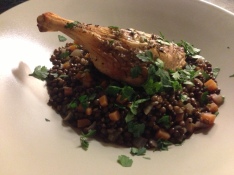