I think everyone has a ‘go to’ meal that they cook when they have people over, or if they’re feeling like cooking a safe option. And my dish is Mediterranean Chicken – no idea where I got the recipe, but it’s super easy, tastes great and is quite a convivial dish to cook if you have people round for dinner. There’s lots of chopping and a bit of a saute that you can do before your guests arrive, and then you just bung it in the oven and chop up some crusty bread to serve with it. Then open a bottle of wine and start gossiping! The flavours are classic – it’s basically chicken with Boursin cheese under the skin sat on the top of a chunky ratatouille-type thing. There’s little liquid goes into this dish so you might worry it’ll be dry. It won’t – the balsamic mingles with the juices from the tomatoes and courgettes, along with the chicken juices as it cooks.

Preheat the oven to 190C. Loosen the skin of the chicken breasts without removing it, to make a pocket. Divide the cheese into four and stuff one quarter under the skin of each chicken breast so it forms an even-ish layer.

Cut the courgettes and peppers into similarly sized chunky pieces. Quarter the tomatoes and slice the celery sticks.

Heat 2 tbsp of the oil in a large, shallow flameproof casserole. Cook the onions and garlic for 4 minutes until they’re soft and golden.

Add the courgettes, peppers and celery and cook for a further 5 mins.

Place the chicken on top, drizzle over the rest of the oil and season with salt and paprika. Bake in the oven for 35-40 mins or until the chicken is golden and cooked through.

Serve with plenty of ciabatta or crusty bread.

There’s only one thing tricky about making Moules Marinières, and that’s getting your act together enough to buy the mussels in the first place. Obviously, they’re not something you can keep in the fridge for very long so it tends to be a “buy the same day you want to eat them” situation. But once you’ve got over that hurdle, this recipe is embarrassingly easy. I’ve cooked it in no time when I’ve had a few people round. And I cooked it for 8 people recently which, again, was quick to cook, but de-bearding 3kg of mussels was a bit of a pain! There appears to be some level of debate as to whether a Moules Marinières should include cream. I’m in the ‘vote no’ camp, so this recipe doesn’t include it. But sometimes I have added a small amount right at the end if the people I’m cooking for prefer it. Either way, it’s great cosy food.

Before I first attempted this recipe I was a nervous about cooking mussels for some reason. I worried about giving everyone food poisoning, but there’s really nothing to it. And having cooked this quite a lot, I can safely say I have a current 100% success rate in not poisoning myself or others.

Buy your mussels the same day you want to cook them and prep them as soon as you get home. The longer they’re prepped and sitting happily in chilled water, the less likely you’ll end up with any grit in your dinner.

1. Tap any mussels that are partly open, and throw away any that do not close tightly (you’re looking for signs of life!)

2. Rinse each mussel in cold water and pull the hairy ‘beard’ from the mussel

3. Put the de-bearded mussels into a large bowl (as big as you have) with cold water

4. Keep changing the water as often as you can. As the mussels sit in the water, they open and close, and any grit that might be within their shells gets expelled into the water

Gently heat the butter and olive oil in a large saucepan (the larger the better, with a lid)

Add the garlic and onion and sauté for 5 minutes. Be gentle – don’t brown or frazzle them

Add the mussels, wine, bay leaf and seasoning, bring to the boil, cover and cook for 10 minutes or until all the mussels have opened

Finally add the parsley (and a little cream if you choose), put the lid back on and shake vigorously

Serve at once, discarding any mussels that haven’t opened

Ideally serve in large bowls, ensuring you’ve divvied up both the mussels and the sauce evenly. Serve with either crusty French bread, or frites-style oven chips. Put empty bowls on the table for the shells, and crack open an ice cold bottle of Muscadet. Bon appétit! 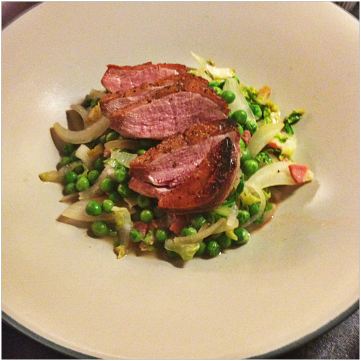 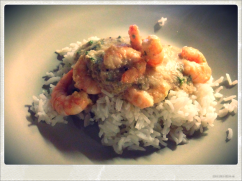 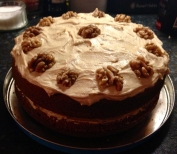 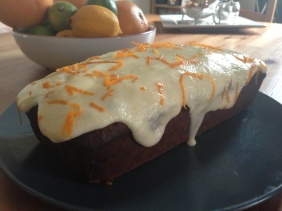 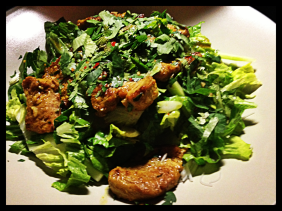 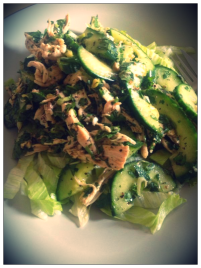 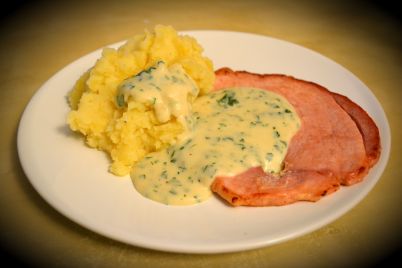