A few meals cooked this week, of which a couple are Reidbury’s tried and tested favourites! In addition to the recipes that follow I should admit to a takeaway curry (featuring my new obsession – paneer cheese in ‘Mottor Paneer’ form. Paneer cheese with peas – shouldn’t work but somehow it really does) and one night of 5 types of cheese and a good bottle of red…First up this week in the genuine cooking stakes – Sicilian Sausage Pasta from Delicious Magazine, July 2011 (p.34). A relatively simple pasta recipe that I hadn’t tried before. It works well as a ‘I’ve just got in from work, don’t want to reduce myself to a takeaway…what can I conjure up myself’ recipe. It uses sausage meat (easily squeezed from their cases), tomatoes, lemon, chilli, creme fraiche and Parmesan to create a fresh pasta sauce. Enjoyable but it felt a little thin on the ground with regards to taste – I think i’d up the chilli quota next time. Good meal to create when you’re a bit tired and uninterested. KB rating 6.5/10. PR rating 7/10. 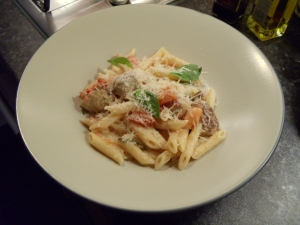 Next up was a Reidbury favourite, Pasta with Sausages, Mustard and Caramelised Onions from Nigel Slater’s ‘Real Fast Food’  (p.12o). This has been cooked numerous times in the Reidbury kitchen and we often have a chorizo ring in the fridge for this very purpose. There’s something amazing about the chorizo oil that works so well with onions, mustard and pasta and it’s a nice feel good recipe as it’s so simple but tasty. Easy to knock up in about 15 minutes and not too much chopping if you’re feeling lazy. The recipe advocates the use of wholegrain pasta which I actually prefer – but Paul is harder to convince! KB rating 8.5/10. PR rating 7.5/10

Last recipe this week was another Reidbury favourite. Definitely in our top 3 homecooked meals at the moment – Harissa Chicken Kebabs with Spring Fattoush and Couscous, from Olive Magazine, April 2011 (p.66). There’s something about this recipe that means the whole is greater than the sum of its parts. The harissa chicken is straighforward enough – chunks of chicken breast marinated in harissa and olive oil. But somehow grilling this on skewers makes the chicken really flavourful and moist. The spring fattoush incorporates cucumber, radish, lettuce, spring onions, mint and toasted pitta bread with a simple dressing of garlic, oil, sumac and lemon juice. Served with simple couscous and the whole meal is amazing! KB rating 9/10. PR rating 9/10.

Finally Paul and I went to Su Sazzagoni in Victoria Park for dinner on Friday. I really enjoyed the honest, Sardinian ambience and menu and particularly enjoyed the Spritz aperitif (currently one of my favourite drinks – either dry white wine or prosecco with Aperol and sparkling water – usually served with lots of ice and slice of orange). Out of 4 dishes (2 starters and 2 mains) only one really stood out – Paul’s simple-sounding starter of pasta with sausage. I did enjoy both of my dishes but felt a little disappointed – the seafood skewer didn’t have enough flavour and the prawns were mushy. My main of tuna was lovely but the bland salad didn’t offer enough contrast. I would go back again but I’d stick to their pasta and pizza rather than the grilled seafood as I’d been advised previously. 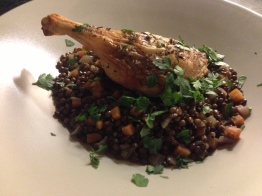 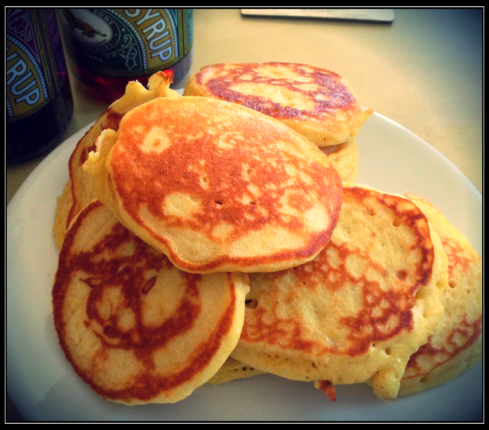 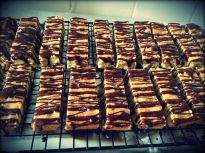 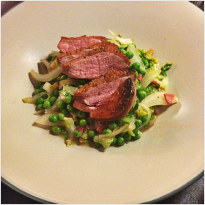 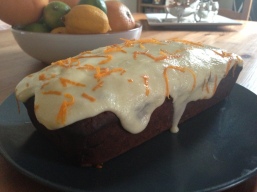 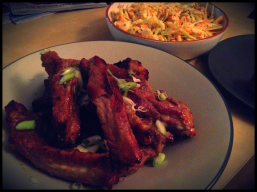 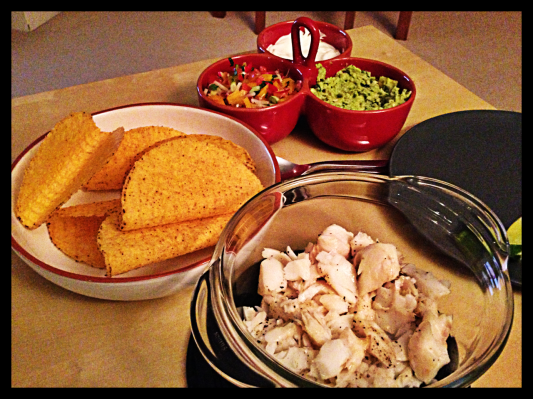 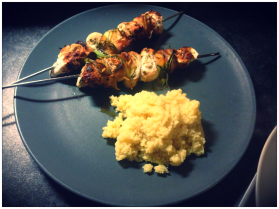