Another busy week, but more due to long hours at work than for fun reasons unfortunately! Paul and I went to watch Bridesmaids mid-week though and had a lovely meal at Wagamama beforehand. Their Raw Salad starter is one of my favourite dishes from a High-End Chain and I get ridiculously virtuous cravings for it now and then – it definitely hit the spot!

Our other non home-cooked treat this week was a huge plate of Fish and Chips! After getting absolutely drenched watching the British Open golf on Saturday and spending 2 hours getting home we wanted some comfort food. Nothing ever beats fish and chips with mushy peas, along with a huge cuppa! Mmmm!

On to the meals cooked this week. First up was Tim Dobson’s Prawn Pasta from Olive Magazine, August 2011 (p.11) – no idea who Tim Dobson is, but his pasta was pretty good! It’s a very simple pasta recipe but very tasty, particularly as I don’t normally go for creamy sauces. The prawns were the best component – I cooked them in garlic oil first (as the recipe requested cooked, peeled prawns and I only raw, frozen ones) and they then get marinated in lime juice before being added back into the pasta with cream, spinach and Parmesan. KB rating 7/10. PR rating 7/10 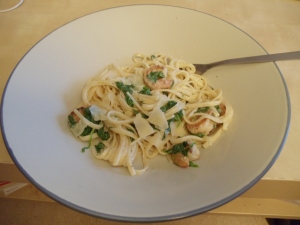 Finally this week I made Chicken Saltimbocca with Green Beans and Shallots from Olive Magazine, August 2011 (p.52). Not sure how authentic this recipe is for Saltimbocca but it was definitely good. It involves flattening chicken thighs before adding sage leaves and wrapping them in Parma Ham, then sauteeing in butter and finishing them off in the oven. This was served with green beans and a simple shallot sauce (with a white wine and stock reduction). I also served this with crushed new potatoes. I liked the recipe but would probably alter things a little – Paul suggested that the sauce would be better served on top of the chicken rather than through the green beans and I agree. I also think chicken breast would work better than chicken thighs here – I love chicken thighs but in this recipe I’d have preferred the texture of white meat instead. KB rating 7/10. PR rating 7.5/10 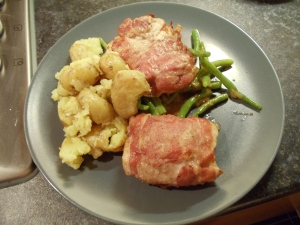 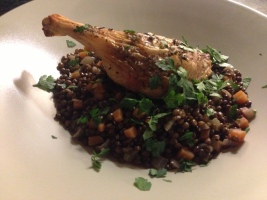 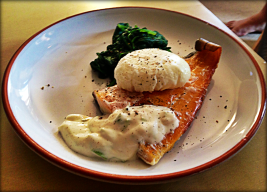 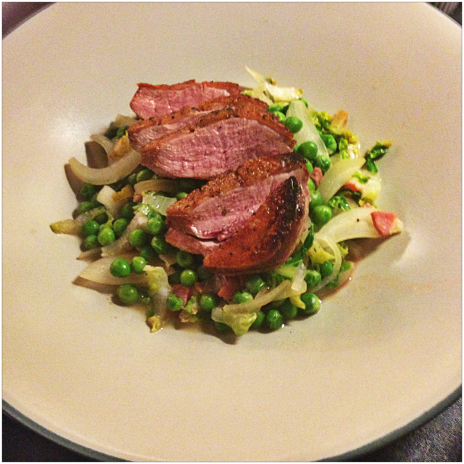 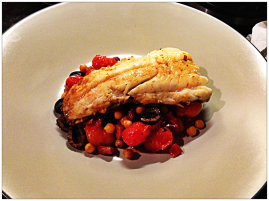 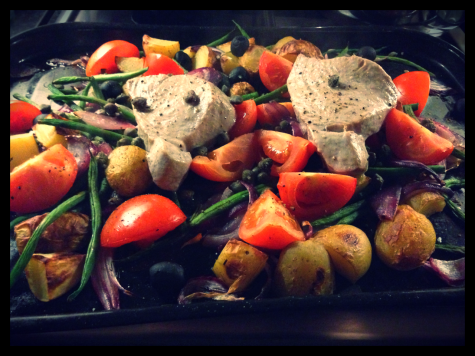 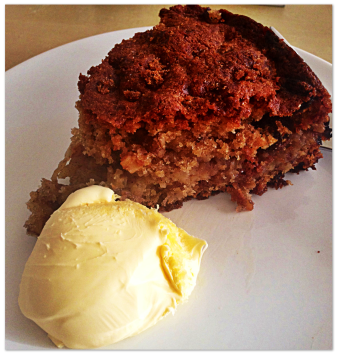